Little Dill Y is growing up fast. He’s started hanging out with the older kids. We like to think that this is because he’s a little genius and is massively advanced for his age though we do realise that we may be a little biased. We decided to give him a nickname and while Jill Y had her heart set on ‘the annoying little brat’, thanks to some uncompromising pictures I have of her, she reluctantly agreed to go with ‘the little genius’.
The little genius was playing with a marker and after a while, he went outside. A few moments later, he came back in and was really excited. He pointed at the window and there was his friend who had recently began his first business. We were so proud and excited when we realised that the little genius had been using his marker to help his friend, get the business off the ground. We picked up the camera and captured this massively proud moment: 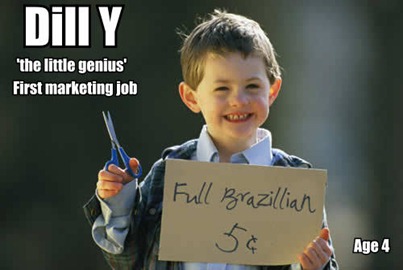