At It’s good to mock, we’re firm believers of the old adage ‘it’s never to late to learn’. I’m not sure if it’s because we spent out teenage years Mocking instead of learning but it takes us a long time to realise certain things. It was only last Thursday that I found out The Beatles broke up and Sir Paul McCartney joined a band called Wings. I hope Wings play live soon because I like what I’ve been hearing. Jill Y’s a pretty smart cookie and has a job as a Scientist but she’s never understood Equations. She’s taught me so many things so I thought I would help her out with the maths. I gave her a few examples and she had it sorted before you could say “When a doctor gets sick and another doctor doctors him, does the doctor doing the doctoring have to doctor the doctor the way the doctor being doctored wants to be doctored, or does the doctor doing the doctoring of the doctor doctor the doctor as he wants to do the doctoring?” 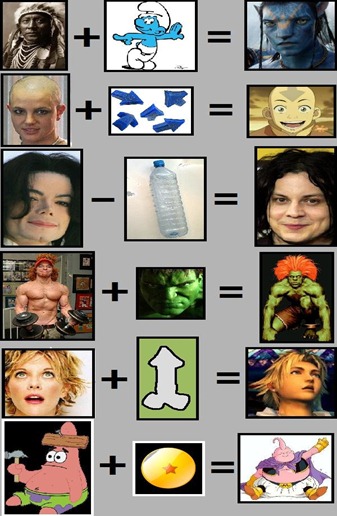