It’s good to mock - doing our bit to crush commercialism, consumerism and capitalism

This world is far too involved in commercialism, consumerism and capitalism. At It’s good to mock, we decided to do our bit to change things for the better. We began working on changing the little things within our control and began with Little Dill Y. We love the brat, despite his love of toys that could easily cost us lots of money. Our plan was to stop him asking for so many toys. One day when he was asleep, we dressed up as clowns, woke him up by unexpectedly by shining a torch on him and showed him a toy rabbit. This had the desired effect because he has never asked for a toy rabbit since that day: 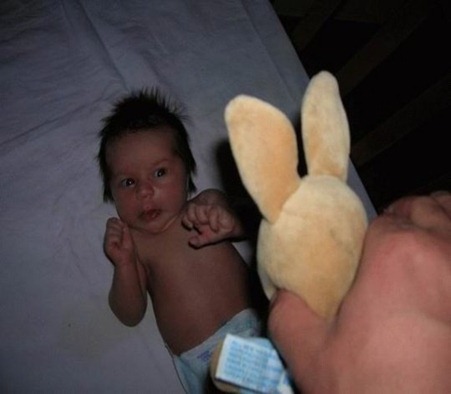