As a rule we stay away from topics we don't know about at It's good to mock HQ. As you can imagine, this means we stay away from most topics. Apart from the fact that all Irish people know Bono, leprechauns and drink Guinness for breakfast, the stereotypes are all wrong. Having said that, we do have a way with words and rely heavily on our sense of humour. Here's a quick test to see if you're awake. Which of the following is true:


a) Bon Jovi are talented
b) Nuns don't scare the bejaysus out of us
c) Ireland's agricultural minister Brendan Smith has announced the Governments answer to the upcoming fiercest ever €6bn budget deficit. In their infinite wisdom, the Government have decided to give the worse off in society, free cheese!
The answer is not A or B. The more astute of you will now know that the answer is in fact C. That’s right, the people who run our country have  obviously realised that what poor people need is cheese. The  minister went on to explain that the €750,000 Christmas present is:

We have two images to show you followed by a solitary question: 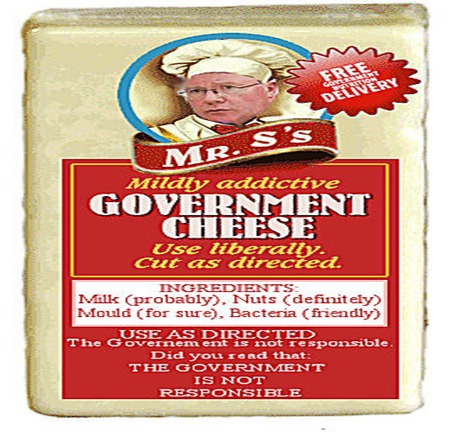 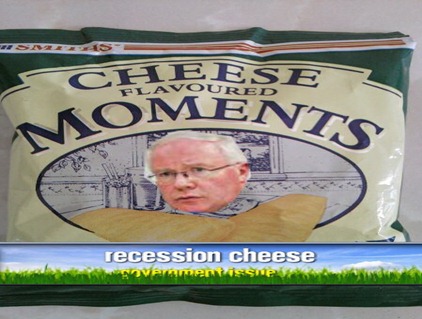 What about the poor lactose intolerant?