Women – Smarter than men from day one

I sometimes wish I was smart. I don’t know many big words or fancy sayings. I’m not very good at making things or indeed making money. Jill Y is different. She knows lots of big words and fancy sayings. She’s very good at making things and making money. I asked her how she became so smart and she told me it was a “woman’s thing” that goes back to Eve in the Garden of Eden. She explained how Eve used creativity to turn a negative situation into a positive one and that this creativity can be found in all women, to the present day. I told her that her words made as much sense to me as a left handed Mars Bar and that I hadn’t a clue what she was waffling about. She answered, “of course you don’t, you’re a man”. She then started going on about God telling Eve that she could eat anything in the Garden of Eden except the apples and as soon as Eve heard this, she immediately wanted an apple. Jill Y explained how Eve very creatively got around this: 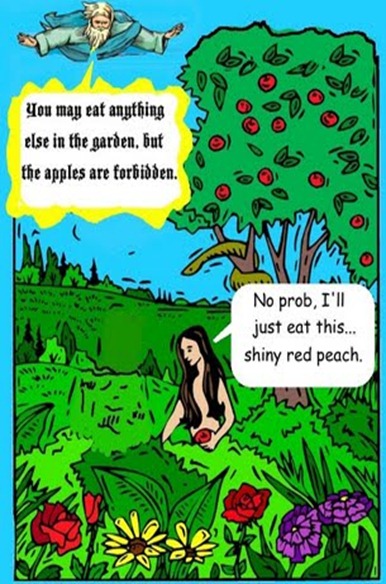