The motion picture of the book you haven’t read

Our good friend Sugartastic Daddy John is a special individual. He travels in exclusive circles and does things that you and I can only dream of. For security reasons (my own security) I can’t tell you what he does for a living but if you found yourself lonely and needed a companion for the evening, Sugartastic is the man to hook you up. I got a call from him the other day and he was telling me about a new film he had just seen. It was about three characters – Snopp, Puffy and Mary J who formed a fellowship and went on a quest to gather all known gold jewellery before it fell into the hands of the dark lord – 50 cent. Although the story sounded vaguely familiar, Sugartastic has a habit of  watching Peter Jackson movies while partaking of the smoke.  After He told me about the storyline and cast, I asked him if he had been smoking the resin, as it sounded very far fetched. Sugartastic is a man of his word and I should never have doubted him. An hour later, he dropped around with the poster of the film and although I’ve seen it with my own eyes, I still don’t believe it: 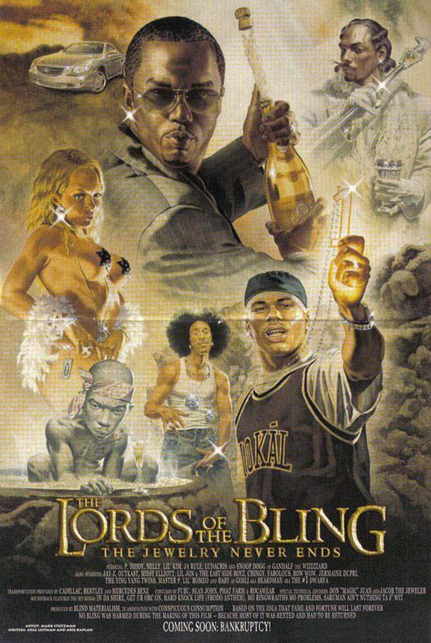