I searched the app stores but couldn't seem to find an app that tells you when you’re in close proximity to a Bon Jovi fan. It's hard to believe that there's no such thing but there is an app that will fill your screen with the words 'Will you marry me?'. Okay, that's not exactly true. I didn't search the app store for a Bon Jovi Fan proximity app but the marriage app does exist. There’s probably no point in telling you about the woman who married a truck but there’s no reason why you shouldn’t know about the dead criminal doughnut. You probably haven’t heard about this because I haven’t told you yet but there was a criminal doughnut who was chased by another criminal doughnut. Shots were fired, jam was spilled and the investigation is on-going: 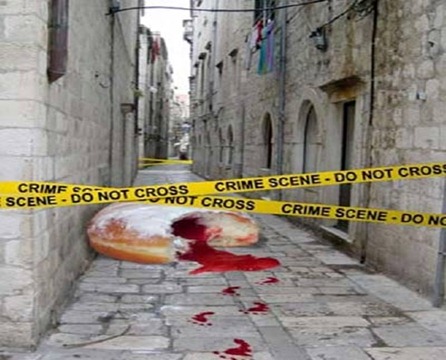