A boys mother is ingrained into his very fabric

A recent study at It's good to mock HQ revealed that the average person has more time for the number 678,98.5 than the awful noise that Bon Jovi insist on calling music. This in itself is not unusual but what is, is that the two people involved in the recent study had more time for the weight of a remote control than answering our questions. Jill Y does a lot of things to embarrass Little Dill Y but she promises she’ll never make him wear a t-shirt with a picture of her face on it. This lady obviously never promised her son the same thing: 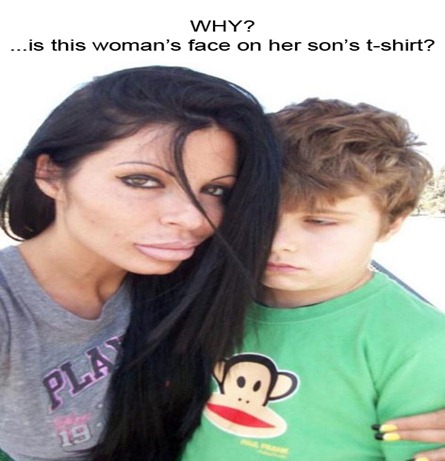