Two years ago when Little Dill Y was 3, he was such an uncomplicated and focussed little guy. He was going to sleep one night and I asked him about what he was going to do the following day. He got some pen and paper and done this: 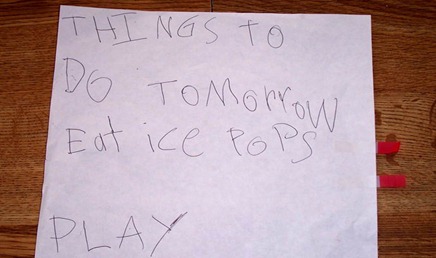 A mere two years on and he remains such an uncomplicated and focussed little guy. Yesterday he woke up and told us he had a dream where he was Superman: As impressed as we are about his progress, we were thinking he was getting a bit too serious about things so we sat down to watch something light hearted and put on ‘The Wizard of Oz’. This morning he woke up and told us he had a dream about it. Although we like that he’s an uncomplicated and focussed little guy and we always encourage him to form his own opinions, he might of got the wrong message from the film: 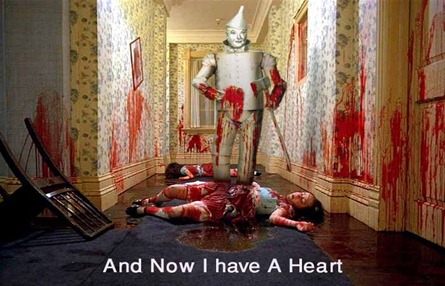