In times of necessity, you need to do the necessary

Sugartastic Daddy John is at it again. He's managed to get his hands on films that can't be seen anywhere else. When he first suggested that we spend Saturday night at his place watching a film, I wasn't massively excited. When he told us he would be charging us for the privilege, I became even more less interested. Having said that, he has been there for Jill Y and I on many occasions, so we decided to go. The film wasn't bad. It starred Arnie Schwarzenegger who has recurring dreams of having to give back his car: 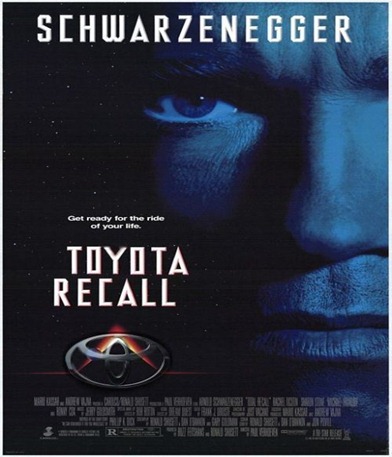 We have much respect for The Daddy for coming up with such a cool way to make money. We don't ask where he gets the films and he doesn't tell us where he gets them. This way nobody gets hurt. As cool as he is, his money making ideas don’t come close to Thirsty Dave's: