Sometimes it’s the quiet ones you have to watch

I don’t know why it happens but it happens a lot and when you think about it, it shouldn’t happen at all. People like to confide in us even though they know they’ll end up getting mocked. There was the one about that guy and the thing with the woman and her unique way of doing things with stuff. Then there was the incident with the bears on the boat. And how could we forget the Swedish Hockey team. Yesterday we were talking to Clark Kent aka Superman. We always thought he had no sense of humour until he told us he was going to play a trick on Batman. We were intrigued so we brought the camera along and waited patiently. It was definitely worth the wait. When we saw what he lined up, we laughed so much, we nearly forgot we’re constantly consumed with hatred for Bon Jovi: 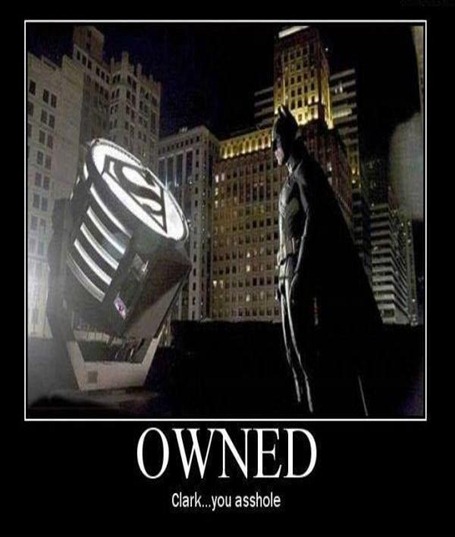 Email ThisBlogThis!Share to TwitterShare to FacebookShare to Pinterest
Labels: Batman, Clark Kent aka Superman, humour, Its good to mock, Mocking, Sometimes it’s the quiet ones you have to watch, were constantly consumed with hatred for Bon Jovi
Newer Post Older Post Home