The universe if full of unexplained incidents. One of the most bizarre is Rick Astley. In the 1980’s this man had the face of a small boy but the singing voice of a grown up. During the 1980’s he had a smash hit No. 1 single ‘Never Gonna Give You Up’. Nobody knows quite how it came to pass but two decades later, that very same song would become a huge hit again (although some people blame the internets). Even now, when the song is played, the very same promised words can be heard: 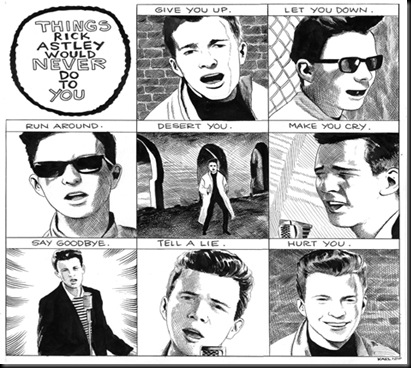 There is however, another school of thought that believes Rick Astley has been around for a lot longer than the 1980’s. These people believe that he first began performing the song, back in the days of olde: 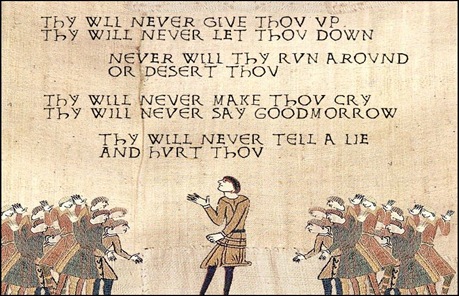 Nobody knows what the future holds for Rick Astley. Some say he turns metal into gold, in the blink of an eyelid. Others believe he is a Double Agent, a ‘Rick Bond’ if you will: 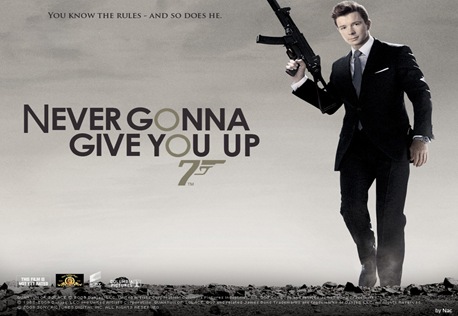 Email ThisBlogThis!Share to TwitterShare to FacebookShare to Pinterest
Labels: humour, Just when you thought it was safe to go back on the internet, Mocking, Never gonna give you up, Rick Astley, Rick Bond
Newer Post Older Post Home