Guide dogs for the invisible

When I was a little mocker, all I ever wanted to be was invisible. If I was invisible, I could get up to all sorts of mischief and never get into trouble for it. I wanted to be a superhero and have the power to remove the evil of Bon Jovi from the world. I didn’t want any thanks for this, I just didn’t want Bon Jovi playing that bland, middle of the road music. If I was invisible today, I would hang out with some blind people. They wouldn’t see me, seeing them. The public wouldn’t see me with the blind people and I wouldn’t see any other invisible people. The only problem would be bumping into invisible blind people with their invisible guide dogs. Sadly, I’m not invisible so it doesn’t really matter but I came home the other day and got quite a surprise. Jill Y was working from home on a project to turn guide dogs invisible and as usual she got carried away and decided to test her work on herself: 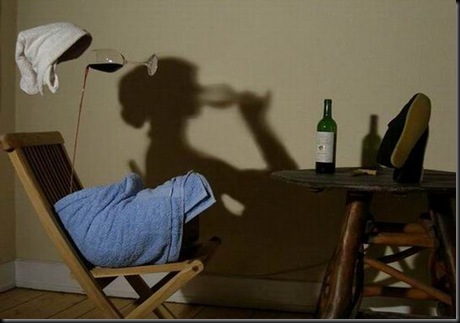