Every sometimes, Jill Y becomes totally girly. If you didn't know her, you could easily mistake her for a normal, rounded individual who doesn’t have any issues with people, places and things. We were at an amusement arcade and she insisted on playing games to win tokens for a cuddly toy. She was adamant that she wanted the toy and resorted to the classic blackmail of '’If I don't get the cuddly toy, you don't get to see me in the nurses uniform again'’. I done what any Bill Y would have done and won the toy. She was delighted with it but we had some serious trouble getting it home: 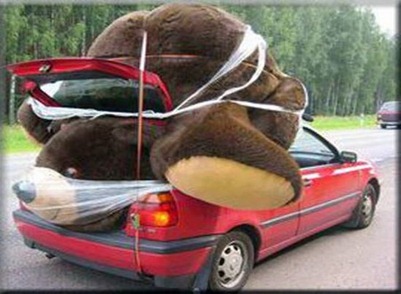