This is going to sound massively strange so I’m just going to come right out and tell you that I think Nike is playing head games with me and I don’t like it one little bit. What makes it so annoying is that it’s very hard for me to prove it. I’ve started seeing very strange Nike ads that nobody else seems to have seen. This is because Nike is very clever and only shows the ads when there’s nobody else around. It’s turning into a Nike nightmare and I don’t see the funny side of it at all. The latest ads appeared last night. As usual, there was nobody around when the ads were shown but I did manage to take a couple of pictures: 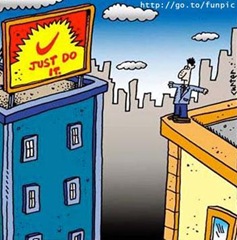 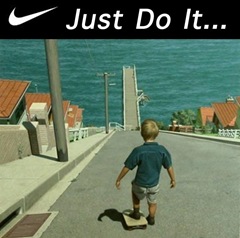 As you can see from the pictures, Nike doesn’t like me and is trying to make me do things that I may not necessarily want to do. I’ve been losing sleep over this but I think I’ve come up with a response. When you’re backed into a corner, there’s only one thing you can so so I’ve decided to fight back and make my own Nike ads. Let’s see how they deal with this: 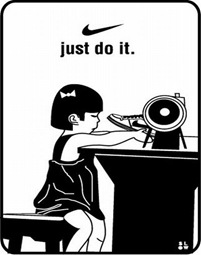 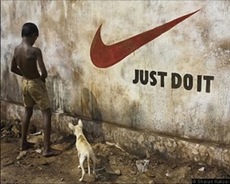 Bring it on multi-national corporation and prepare for at the mocking of a lifetime!