Free ride in a police car

If I even catch one of you laughing at this, I'll come right over and wipe the smile off your face. I was shopping with little Dill Y who is a 6 year old budding genius. We had just left one of the shops when the shop owner followed us outside and asked the little guy to put back the Bon Jovi CD that he didn't pay for. He turned to the shop owner and told him that nobody in their right mind would pay for Bon Jovi music. I don’t think I’ve ever been such a proud parent as I was at that moment. My son then asked, when he could have a free ride in a police car. For a few seconds I was shocked and confused until I noticed exactly what the little brat was up to: 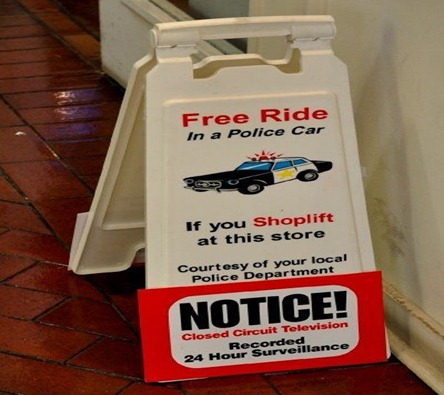