Have I been busy? You can bet your 'Understanding Magnets for Dummies' book that I've been busy. Can I tell you what I've been doing? Not exactly. If Bon Jovi know that I'm on to them, my life could turn into an episode of 'Bon Jovi fans stalk Bill Y - Series 1'. This is big, boys and girls. This is VERY BIG. The following picture is just one of many that contain conclusive proof that Bon Jovi have been brainwashing kids who have been brainwashing children into becoming Bon Jovi fans of the future. Did you hear that? I'm sure I've been followed so I have to go but here, have a look at this and I'll see you when I see you: 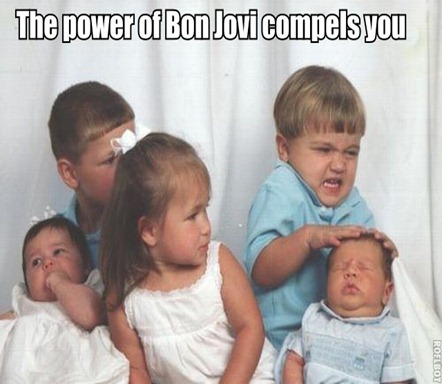