The end of the road for Frosty

Most people don't realize how life changing, the weather forecast can be. We were listening to the one radio station we could find that refuse to play the so called music of Bon Jovi and the usual girl who reads out the weather had left because of her sunny disposition. The new guy came on and you could hear the nervousness in his voice. Even though the place is covered in snow and the snow never stops falling, the new forecaster guy somehow decided to tell us that we were going to have a heat wave. We jumped around dancing like happy people who hadn't got a care in the world. Well, most of us did: 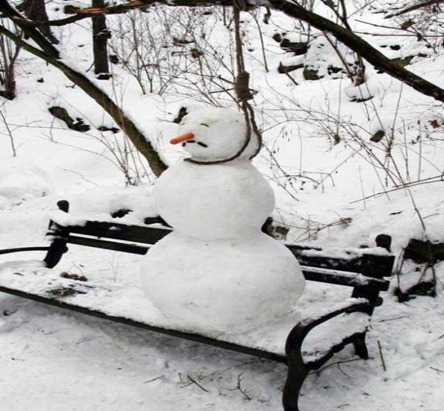 Email ThisBlogThis!Share to TwitterShare to FacebookShare to Pinterest
Labels: Bon Jovi, humor, humour, It's good to mock, Mocking, The end of the road for Frosty
Newer Post Older Post Home